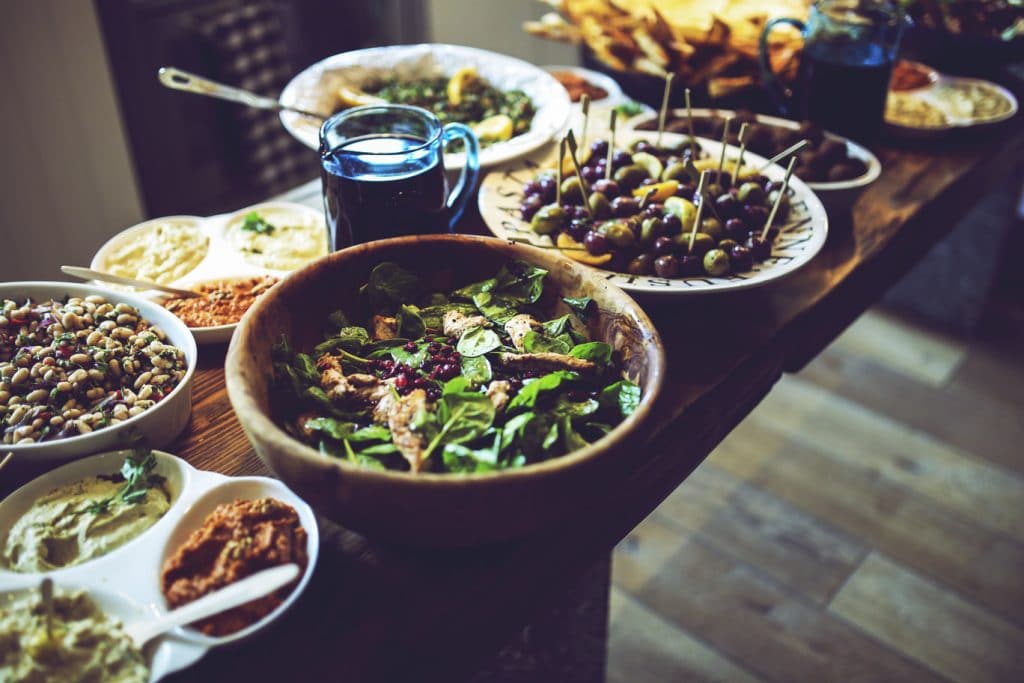 A table of healthy food shot by Karolina 📸

As we approach 2018, it’s always interesting to see what food trends are going to pick up in the coming year. Looking after yourself by choosing what kind of energy you put in your body is certainly gaining popularity and it’s about time too. Schools are getting better at feeding children the right food; teaching kids good habits early on will ensure they don’t grow up with bad habits that could result in health problems.

The trends we’re including in our round-up have been tried and tested and are a regular feature in the kitchen. Even if you introduce a couple of the following health eating trends in 2018, you’ll be well on your way to a healthier lifestyle with more energy and less health problems in the long run. 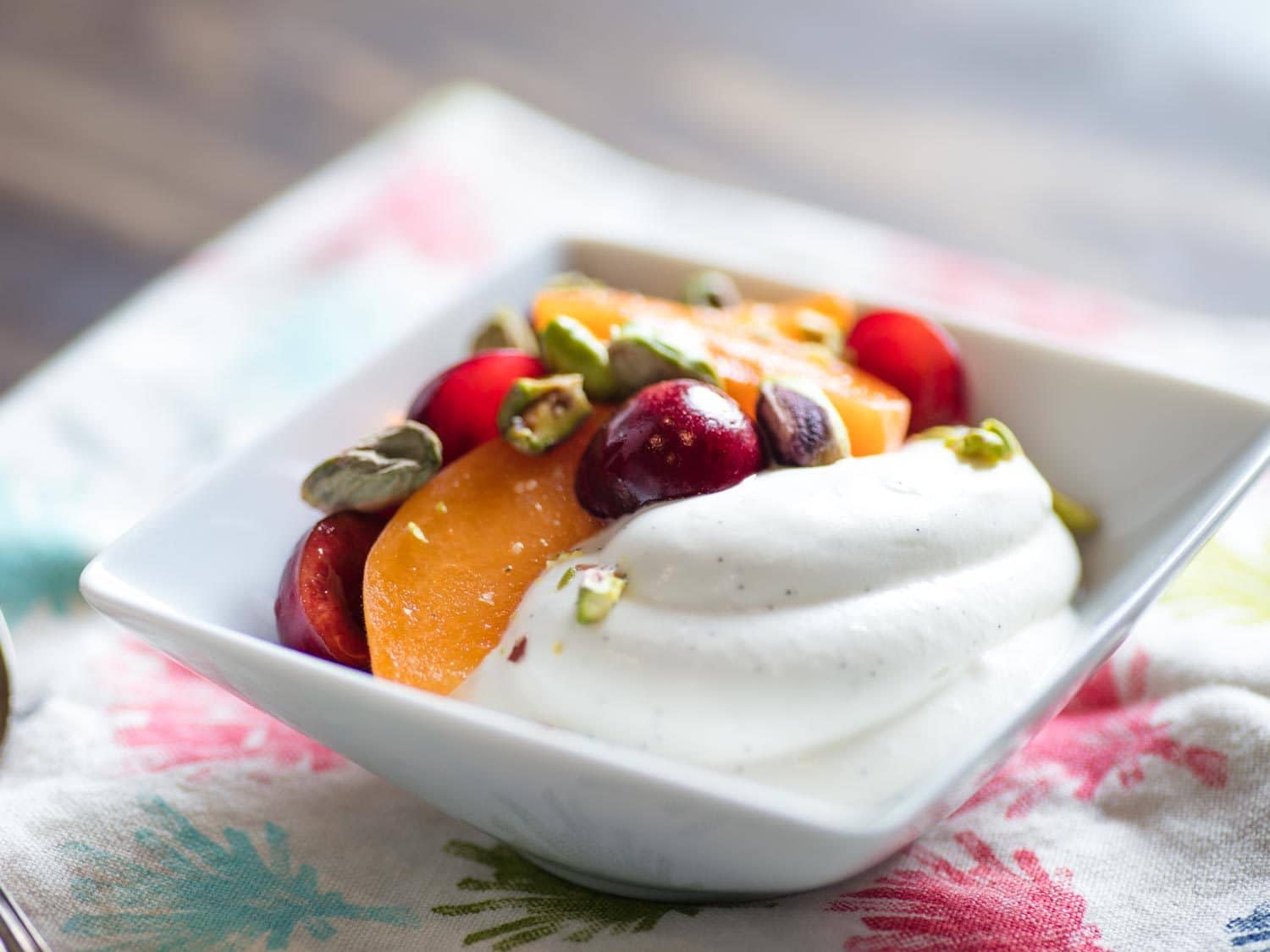 Greek yogurt is such a simple yet versatile protein-packed food that can be consumed in so many different ways. A simple separation of the whey from the original yogurt itself is what makes greek yogurt. You’ll be able to notice the difference in texture and a slightly acidic, bitter taste that would usually be balanced by sugars in normal yogurt.

The most popular ways of consuming greek yogurt is as an oaty mixed breakfast, a fruity snack in the day (grapes, blueberries, pistachios etc. all go great with yogurt), or as a light dessert after dinner (think panna cotta). Our favourite manufacturer of greek yogurt is Skyr. High in protein at 11g’s per 100g, fat-free and reduced in sugar, Arla’s Skyr is made from all natural ingredients, making it a great way to give yourself a boost throughout the day. Not sponsored, we just love their yogurt. 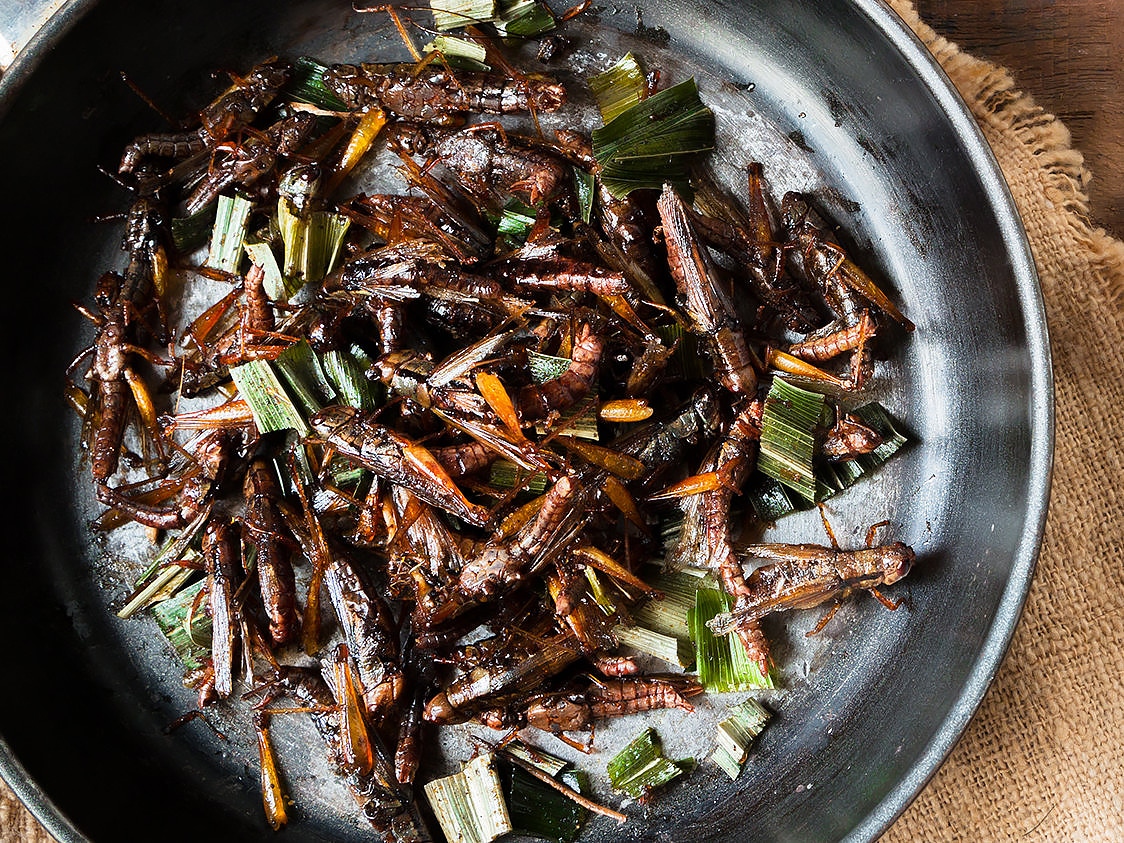 Not as fancy as it sounds, entomophagy, right? From the Greek words ‘insect’ and ‘to eat’, this food trend is definitely dividing opinion. Common cuisine in many cultures across the world, in China, Africa, Asia an Australasia plus some developing regions of Central and South America, it’s a surprise that the Western world hasn’t caught on to these foods that are rich in nutrition, cheap to produce, and have a much less environmental impact than current Western diets.

Rich in protein, healthy fats, iron, calcium and low in carbohydrates, the most popular insects to be eaten are mealworm, crickets, beetles and ants – no we’re not talking about eating those juicy witchetty grubs or stinkbugs. They’re particularly tasty and you can pick them up online from Eat Grub, the original superfood. Not sponsored either, we just love their snacks. 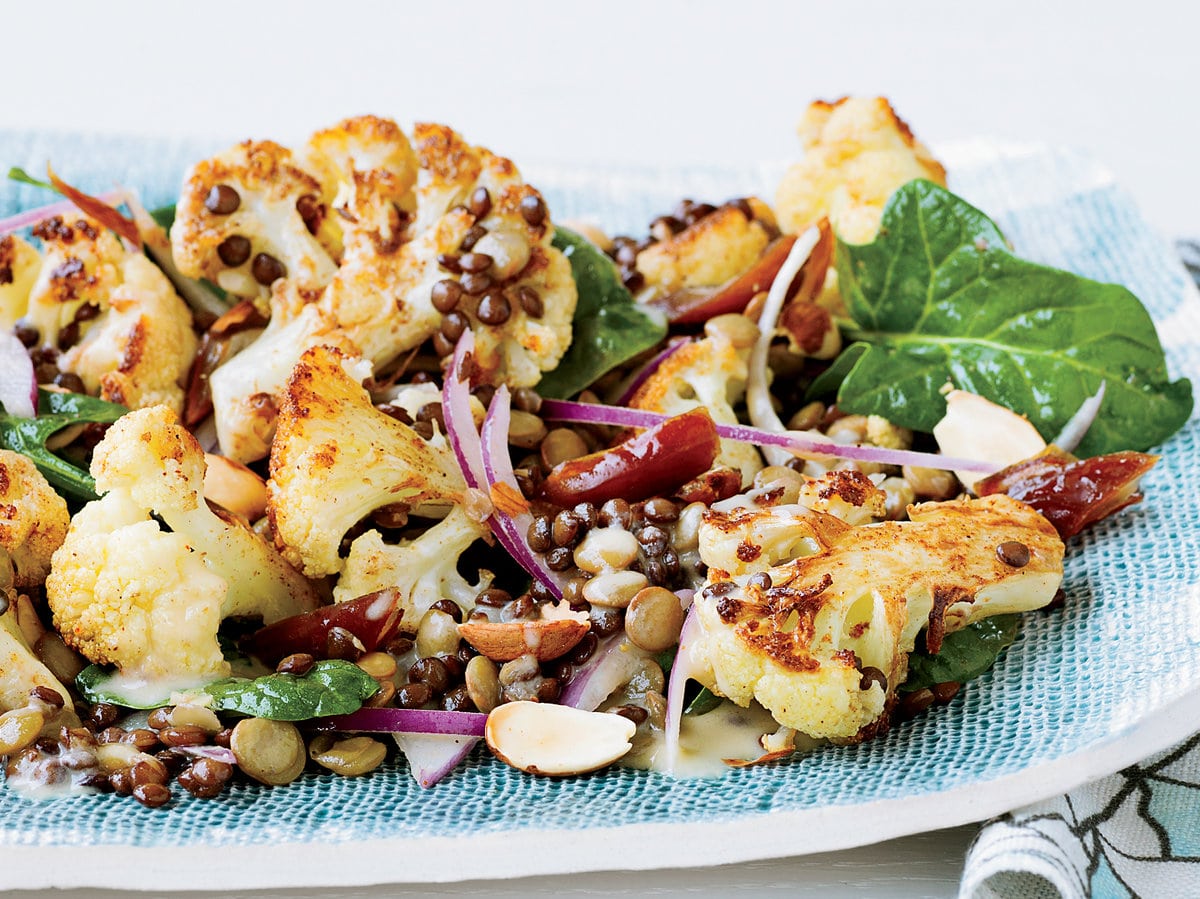 World’s most boring vegetable? Never! This versatile cruciferous wonder-veg is taking off as one of the most popular ingredients for healthy meals in 2018. No longer boiled and served plain as an uninspiring side dish to use up what’s left in the cupboards, broccoli’s cousin, cauliflower now has a pretty badass reputation.

Cauliflower’s attraction, of late, can be put down to to recent low-carb diet trends across the world. And there’s plenty of reasons why, too. Cauliflower rice contains less than an eight of the calories you’ll find in white or brown rice and nearly a tenth of the carbs(!) As an alternative, cauliflower is packed with vitamins like C, K and B6 and folate. You’ll be surprised to learn that just a small head of cauliflower has more than 125mg of vitamin C in it which is nearly double that of an average sized orange. Go cauliflower! 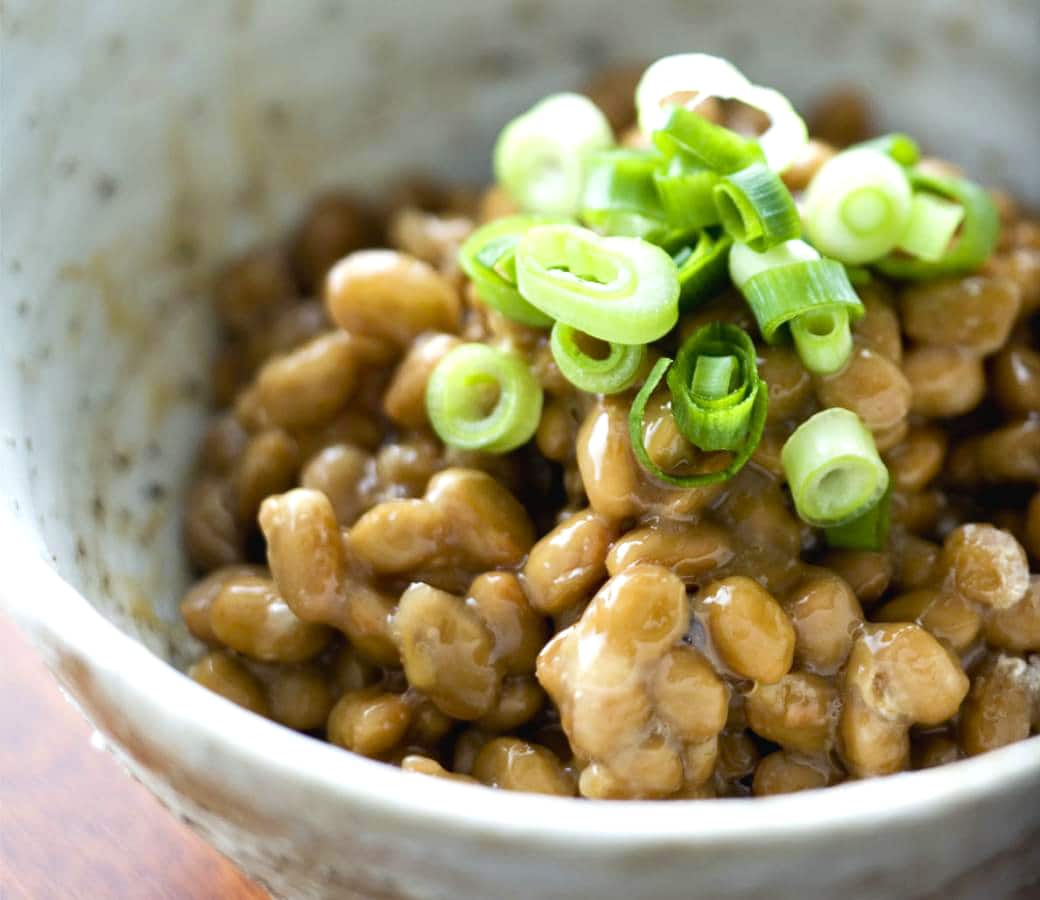 Probiotic foods contain live bacteria that are great for your digestive system in helping restore its natural balance. They’re known to be effective in the reduction in symptoms caused by Irritable bowel syndrome (IBS) and the common digestive problem, lactose intolerance.

So where can you find probiotics in foods? The top sources of probiotics in foods can be found in: apple cider vinegar, salted gherkin pickles, brine-cured olives, miso soup, and one of the UK’s fastest growing soft drinks – coconut kefir. You’ll find plenty of probiotics in the popular yogurt drinks and also in tablet form but the more natural probiotics you can get into your diet the better. 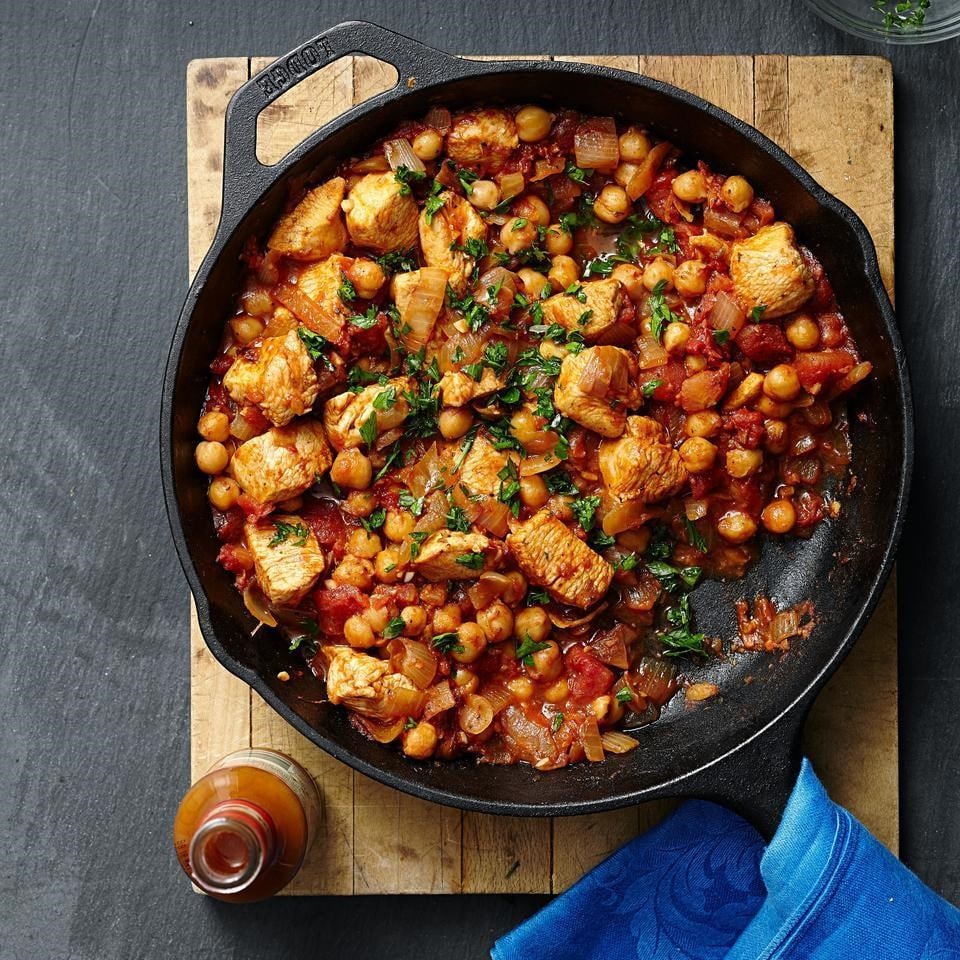 Pulses are another versatile ingredient that should be part of your weekly shop, for sure, as they’re usually bought tinned or dried so can be stored longer than fresh ingredients. They’re a pretty cheap, low-fat source of protein, fibre, vitamins and minerals and they also count towards your recommended daily allowance of fruit and veg. The most popular pulses you’ll find in UK shops are different coloured lentils, chickpeas, garden peas, runner, broad, and butter beans and also kidney beans too.

They’re so easy to cook with as well, providing a nutritious alternative to carbs and giving you great sources of protein and fibre. Add pulses to a salad or soup, include them in a one pot stew or make bean burgers with them – the possibilities are pretty much endless with them. 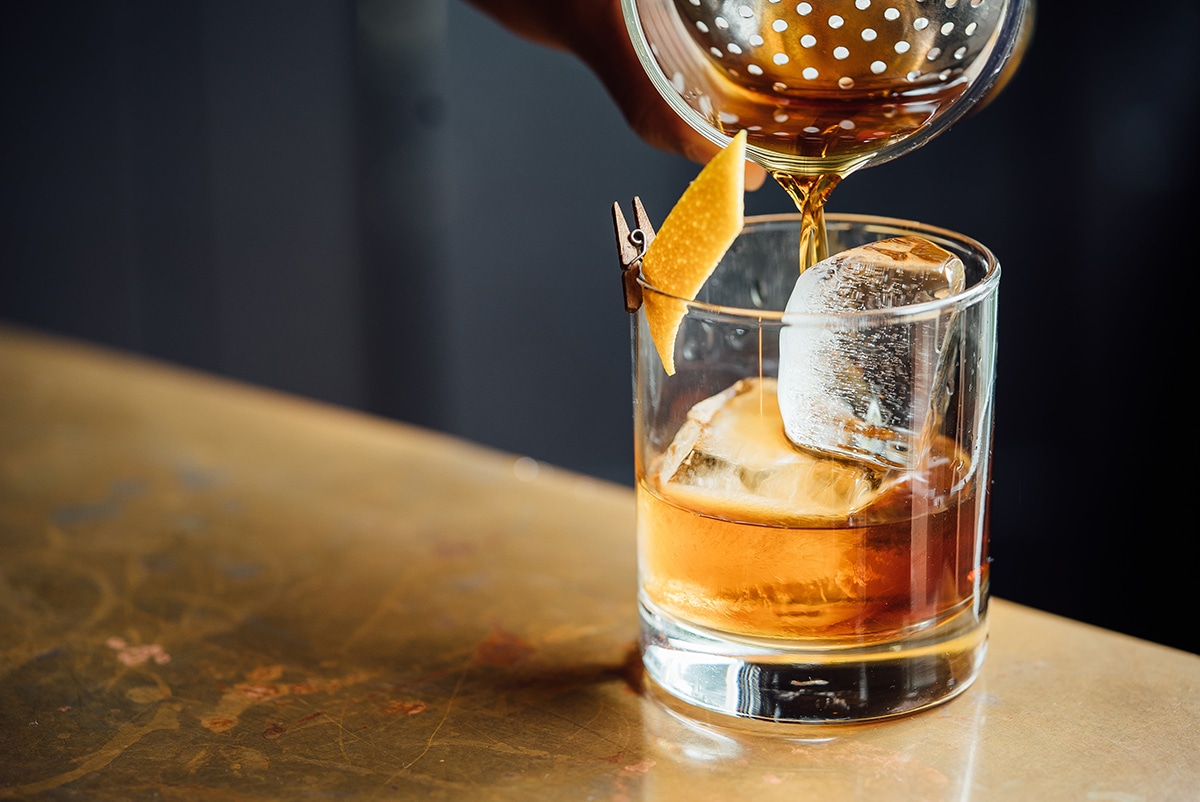 The resurgence in popularity of gin and tonic is an early sign that people are choosing lighter, more healthier alternative cocktails to help keep calories down whilst the social lives are untameable. In 2018, there’ll be a bigger focus on trying to make drinking alcohol as healthy as possible; choosing diet mixers or having straight spirits will help and do reduce sugar intake significantly. Staying away from sugary ciders and beers will also help in this particular endeavour, backed up by Bud Light’s popularity across the pond in the US.

Companies like Skinny Cocktails have gained plenty of exposure over the past year since they launched early 2017, what’s not to love about drinking the same alcohol content with significantly fewer calories and a reduced sugar content with the same taste? It’s a yes from us.

That’s a wrap! Any of the food trends featured tickling your fancy? Let us know when you get involved, and if you get involved in entomophagy, in the new year and we’ll be sure to feature your efforts. Don’t forget to share with friends and family to give them some ideas for cooking with new foods.