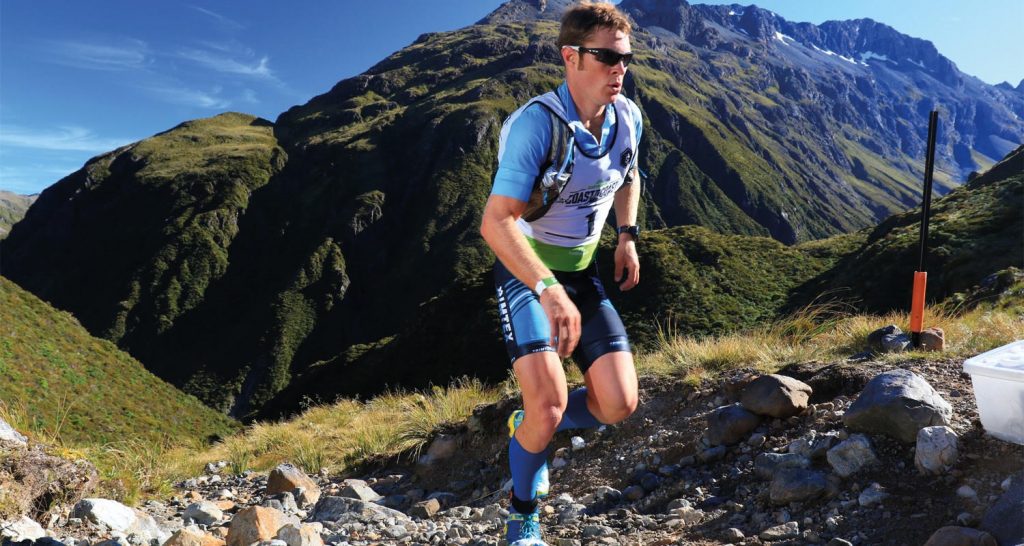 Sam Clark, the New Zealand born endurance sports champion, is one of the world’s top adventure racing athletes – and he’s got the titles to prove it. Back in 2016, Clark famously won his first Coast to Coast World Championship ‘longest day’ title and he didn’t slow down winning it for the next years in a row.

It seldom goes smoothly… About an hour after this gratuitous selfie , I was still 500 vertical from the summit. Vis reduced to about 10m and the wind picked up to near galeforce. Dicked around blindly, bluffed out for 45 minutes below the summit before climbing up via a dodgy outcrop with numb senseless fingers. Thoroughly recommend not ascending from the Western side. All in, excellent overnight trip. #hiking #trailrunning #adventure #taranaki #mountain #climbing #dodgy #craic

We sat down with Sam to chat about all things adventure racing, the impact of mental health in endurance sport, and what 2019 has in store for him. Let’s get to it!

NS: Welcome to Night Slides, Sam, thanks for joining us today.

SC: Thanks for having me, Mark.

NS: First things first, can you tell us a bit more about Adventure racing?

SC: Sure. So there are several different types of Adventure races that range from a couple of hours to 10 days in length. Typically, it is a multi-discipline sport where teams of four people race over a set course, usually navigating with a map and compass. Usually, sports included in a race are: mountain biking, trekking, navigating, kayaking, rafting, climbing and rope work. There can also be a few strange ones; like inline skating, horse riding, and some fairly interesting local challenges; we’ve had basket making, fish catching, lidder carrying amongst other things!

NS: That sounds pretty tough, how long do the races last?

SC: There are a few variations to the sport too, including the solo version which we call “Multisport” here in New Zealand and a stage racing format where teams might race for 3-6 hours each day for 2-4 days, but in most cases its a non-stop race where teams decide when they want to stop and take rest. In one of the last long races I did, we finished in 82 hours and only slept for 3. It’s bloody tough at times.

NS: So how have the last 12 months been for you, what have you been up to?

SC: I’ve managed to fit in a fair bit of racing I guess. I kicked off the 2018 season with a couple of long distance triathlons and some surf lifesaving races, along with winning the World Multisport Championship, too. I then made my way to Northern Europe for the Nordic Islands Adventure Race as a last minute replacement for the Swedish Military Racing Team, which we won! I then squeezed in a silver medal finish at the World Swim/Running Championships in Northern Europe too. 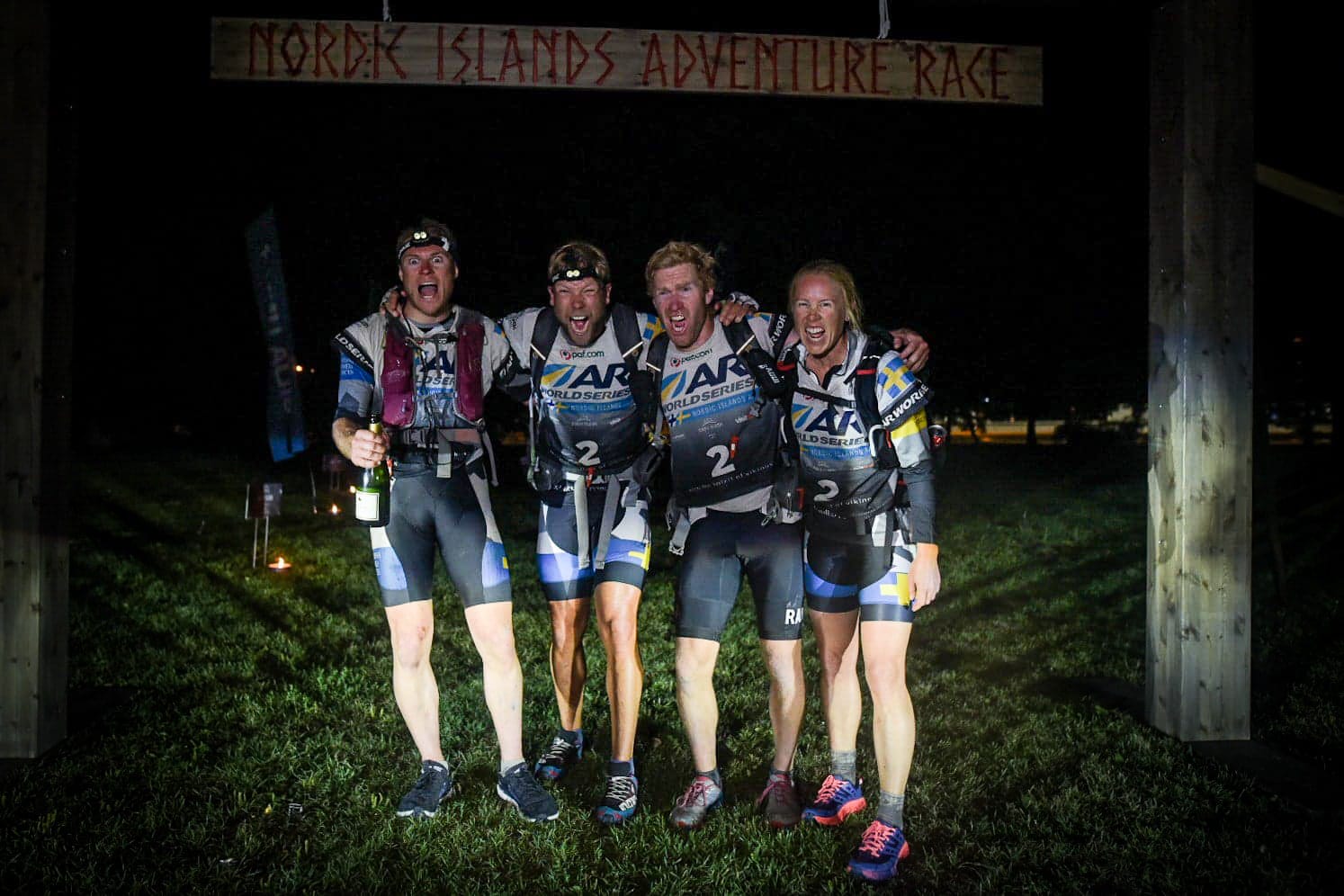 SC: After that intense period of travelling and competing, I linked up with my regular racing team to race in the China Mountain Outdoor Sports Series; four multi-day races, as well as a couple of others and then headed over to Reunion Island for the World Expedition Racing Championships with the Swedes – which unfortunately we had to withdraw from due to injury. On top of all that, I’ve also done a couple of ultra-marathons, some kayak racing and quite a few smaller local events.

NS: That’s a very tough schedule by the sounds of it.

NS: With all these global events you’ve been competing in, is there one that’s particularly significant to you?

SC: The Coast to Coast race here in New Zealand was what got me into Multisport and Adventure racing in the first place. It’s the longest running event of its kind in the world. Even older than Ironman and I was fortunate enough to grow up around a winner of that race whom I always looked up to. The race is a 243km non-stop race from the West to the East coast of New Zealand split between running, cycling, and kayaking.

NS: Sounds like that’s a very special race to compete in for you.

SC: It was a childhood dream of mine to win that race and now I’m a three-times champion, so it’s very special to me. 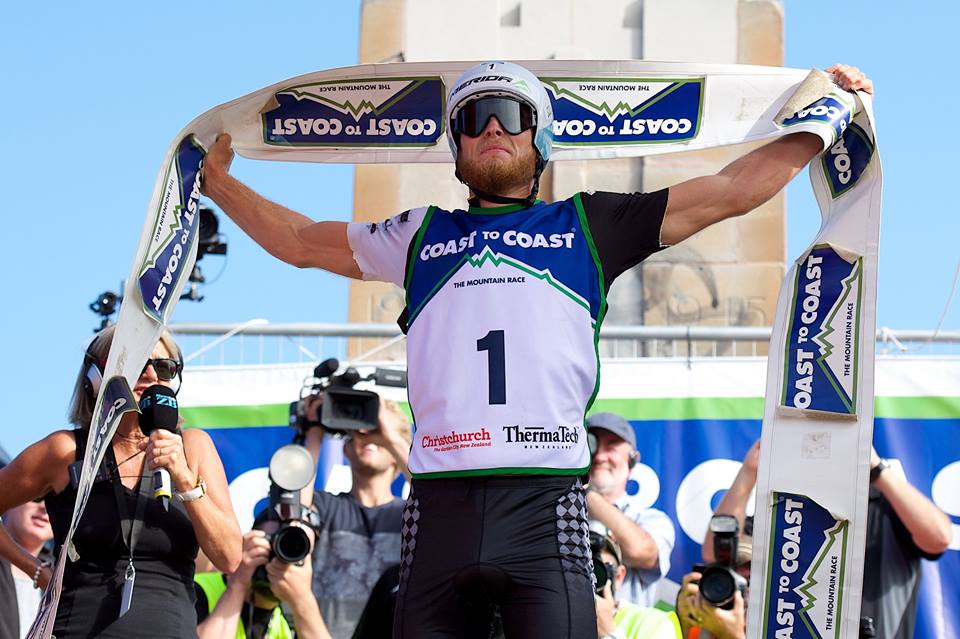 NS: Focusing all of your energy into your events, we’d love to know how you switch off or disconnect yourself from the pressures of competing?

SC: It’s probably the exact opposite. The amount of training, racing and away time I have means that it’s really easy to become a little disconnected. So I have to make sure I spend time with my friends and family when I’m back home.

NS: Here at Night Slides, we focus a lot on athlete mental health this year. As Adventure racing has been documented as an addictive sport, what’s your experience with mental health?

SC: I have seen some athletes really struggle with transitioning from sport to retirement. this sport can be quite addictive. I’m not in that situation myself but from the outside, it seems important to find something which uses some of what competing has taught you and provides that same feeling of satisfaction and achievement. It seems as though athletes who are forced into retirement before they are ready are the ones who struggle most.

NS: We’re fast approaching the new year, Sam, what’s on the horizon for the forthcoming 12 months?

SC: I have made the tough decision to not defend my Coast to Coast title in 2019; I have competed 9 times in that race and I need space to rekindle my fire for it. There are many other races around that time of the year that I’ve been hanging out to do over the years and ultimately it’s important to pursue what you really want to. In the next month, I have several Triathlons ranging from sprint to long distance, a kayak marathon an ultra-marathon and swimming in the New Zealand Open Water Championships. I haven’t decided on an ‘A’ race for the coming year just yet but there is bound to be something out there which catches my eye.

NS: Thanks Sam for the great insight into life as one of the world’s top adventure racing athletes. We wish you all the best for 2019 and look forward to hearing all about it soon.