There’s nothing quite like descending single track trails on your mountain bike with friends, fact.

Autumn is the best time to take to the trails in Europe, especially the higher altitude ones since the summer hikers have left and the snow is yet to arrive for the upcoming winter season.

For the lower altitude resorts featured in this list, Spring is a serious consideration with the wildflowers blooming to make the rides through meadows that extra special. So without further ado, here’s what Europe has to offer by way of pure beauty on the bikes.

The Purbeck Hills in Dorset (England)

Kicking off our list of the most picturesque mountain bike trails in Europe is a favourite of ours, close to home. It’s the stone age burial mounds that form nine barrows of the Isle of Purbeck in southern England, often referred to as the Jurassic Coast.

This popular mountain biking area has been a favourite for residents of Poole and Bournemouth for many years, with them enjoying the challenging climbs that lead to panoramic sea views of Swanage on your right and Poole Bay on your left. The route starts by crossing one of the largest natural harbours in the world, Poole Harbour, by ferry from Sandbanks to Studland and then hugging the coastline, circling towards Corfe Castle (pictured) before making the arduous ascent up and along the barrows down towards Old Harry Rocks.

Photos from along The Purbeck Hills MTB route

Next up is some serious downhill fun in Chamonix valley. Not for the faint-hearted, there’s a multitude of routes that start with a cable car ride up to altitude that finish at the bottom of Les Praz after the intense 10-15 minute technical downhill runs through the forest.

The picturesque mountain biking routes around Chamonix valley that have to be ridden are La Flégère to Les Praz MTB trail, the Loriaz MTB trail, and the Col du Balme to Trient descent.

Sellaronda in the Dolomites (Italy)

The second UNESCO World Heritage Site in our list of the most picturesque MTB rides in Europe, and this one’s an absolute corker. The Dolomites are known for their stunning ski areas and hiking trails but that doesn’t always mean there are decent mountain bike runs – often quite the contrary.

The biking region of Val Gardena is the place to start your Sellaronda mountain biking adventure; head high into the mountains full of lush meadows and flowing trails surrounded by biblically beautiful panoramic views of The Dolomites amongst an extensive network of bike paths and trails suitable for all abilities.

You have to see it to believe it.

Video from the Sellaronda MTB tour in Italy

How does riding along the world famous emerald rivers of Slovenia sound? A seriously underrated area for mountain biking, Slovenia’s Triglav National Park really does have it all, especially on the sunny side of the Alps as it’s affectionately known by locals.

This particular route is one of the most beautiful MTB trails in Slovenia; you’ll discover the natural wonders of the Triglav National Park with Pokljuka Plateau and beautiful pastures, Grajska and Rečiška. And if that wasn’t enough, the MTB trail leads you down to the spectacular Lake Bled on a fun technical single trail! 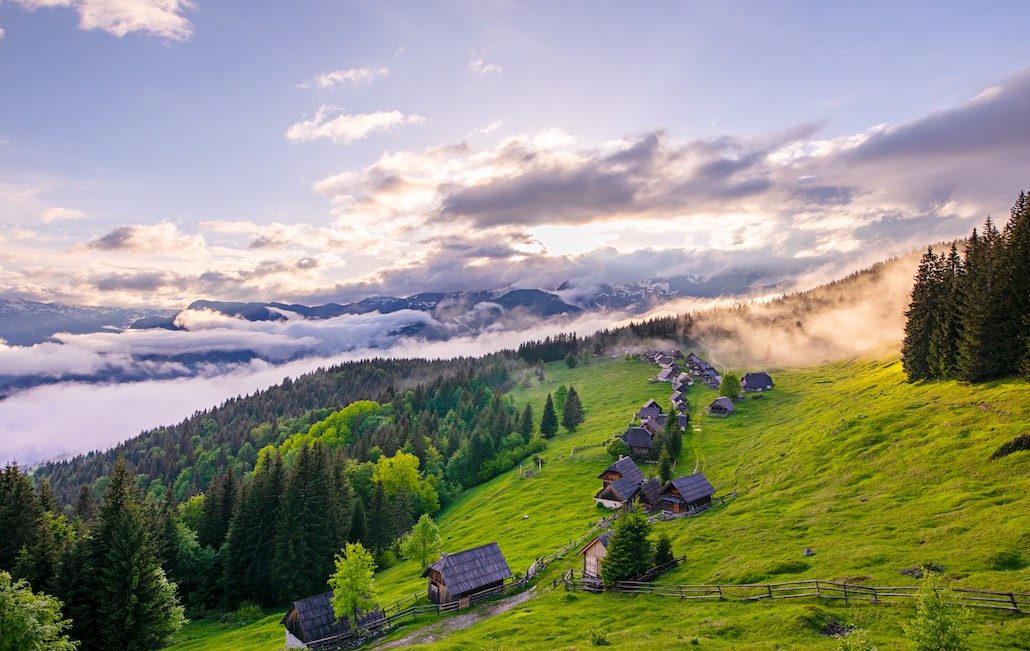 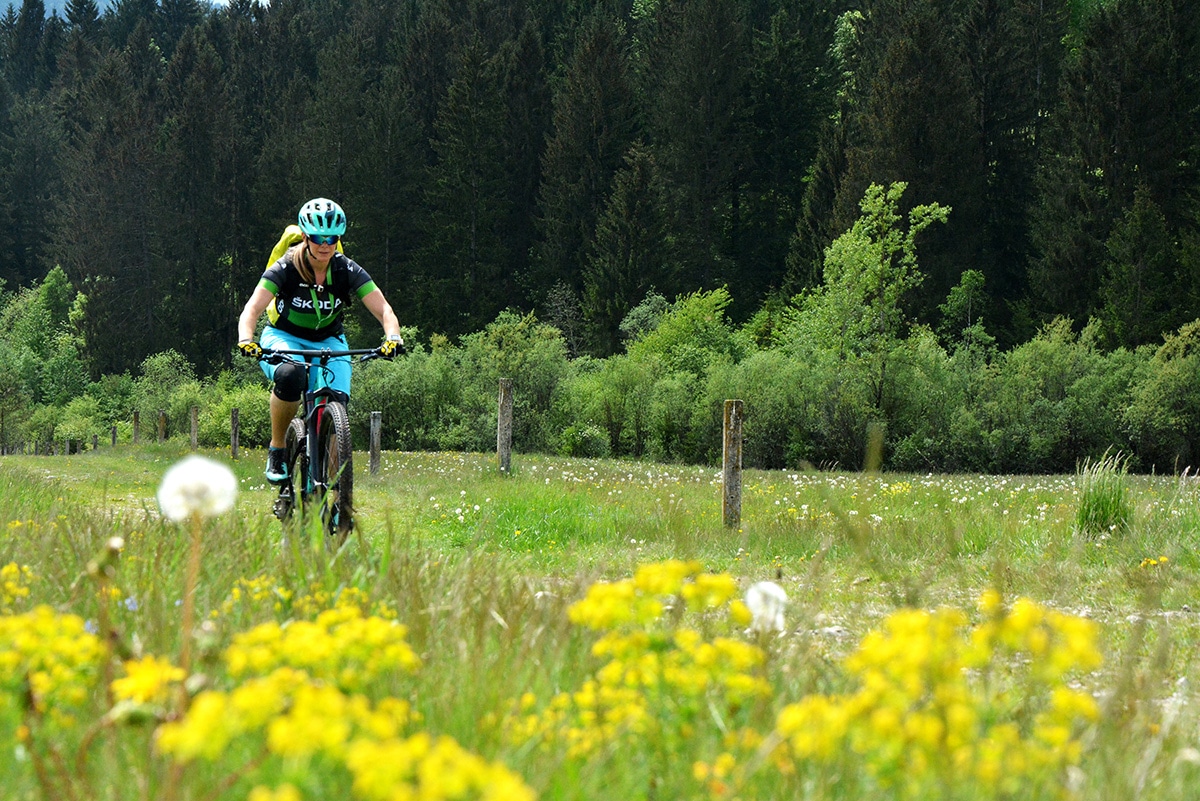 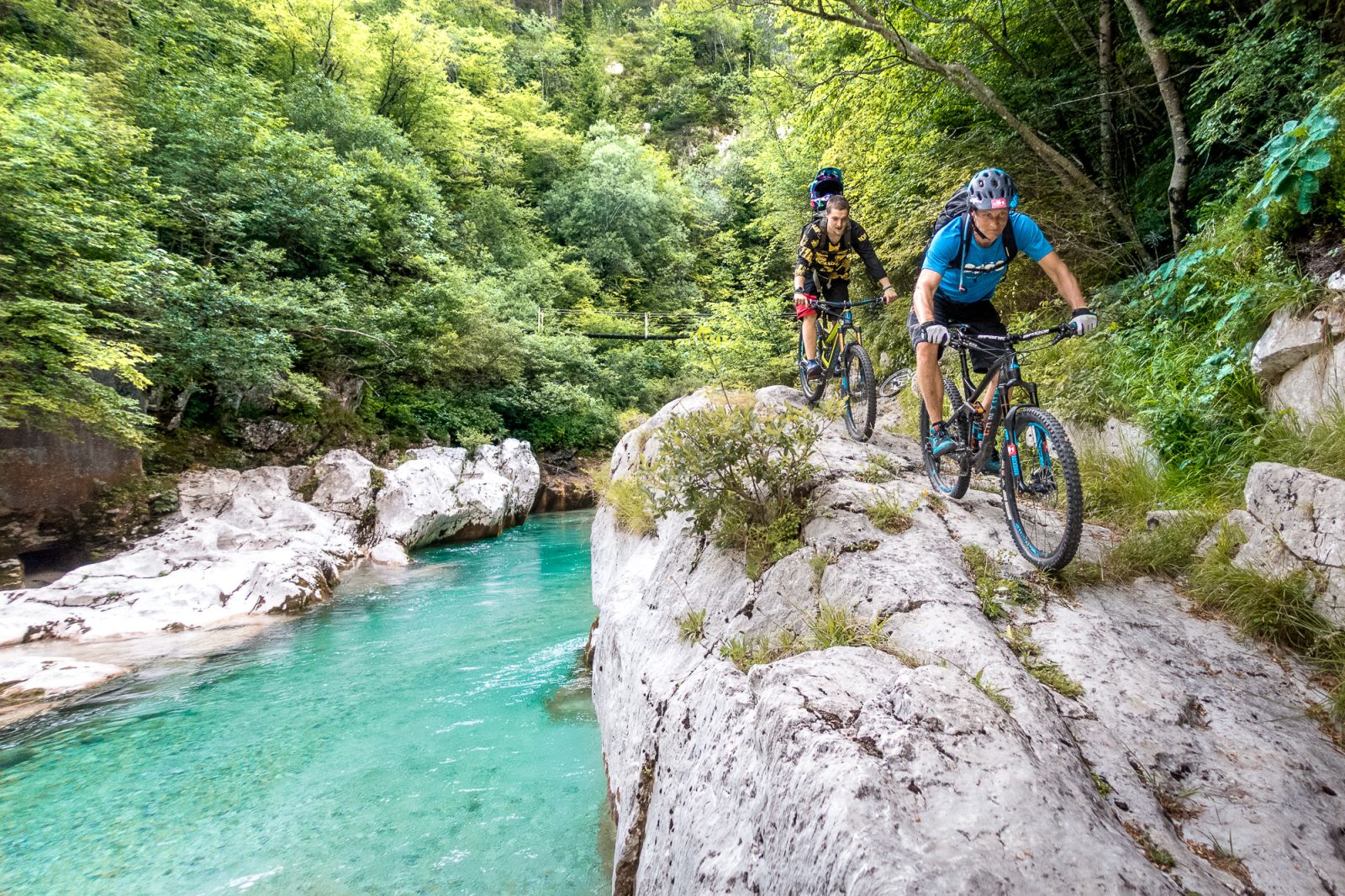 Vall Fosca in the Pyrenees (Spain)

The Pyrenees mountains stretch over 400km from the coast of the Atlantic sea in the west to the Mediterranean in the east, forming a natural border between France and Spain. Some of the most spectacular peaks and mountain valleys are in and around the Parc National des Pyrénées.

The mountain biking mecca that is the Pyrenees is easily one of the best kept secrets in the European MTB scene. Everywhere you go, there’s an insane amount of trails that just go on and on for days. It’s all abilities and offers the best panoramic views of the area riding from sea to summit in the best possible vehicle.

Less than an hour’s drive from Innsbruck international airport, Tyrol offers some of the best mountain biking across the whole Alps, epitomising the best that MTB trails have to offer and as picturesque as it gets. Did you know that the Bike Trail Tyrol is the longest mountain bike trail of the Alps and forms a big loop around Tyrol; home to over 6,000km of designated mountain bike tracks and over 200km of single track trails to explore too.

Photos of the picturesque town of Achensee

Do you have any recommendations?

Let us know in the comments below if you’ve ridden other picturesque trails in Europe!