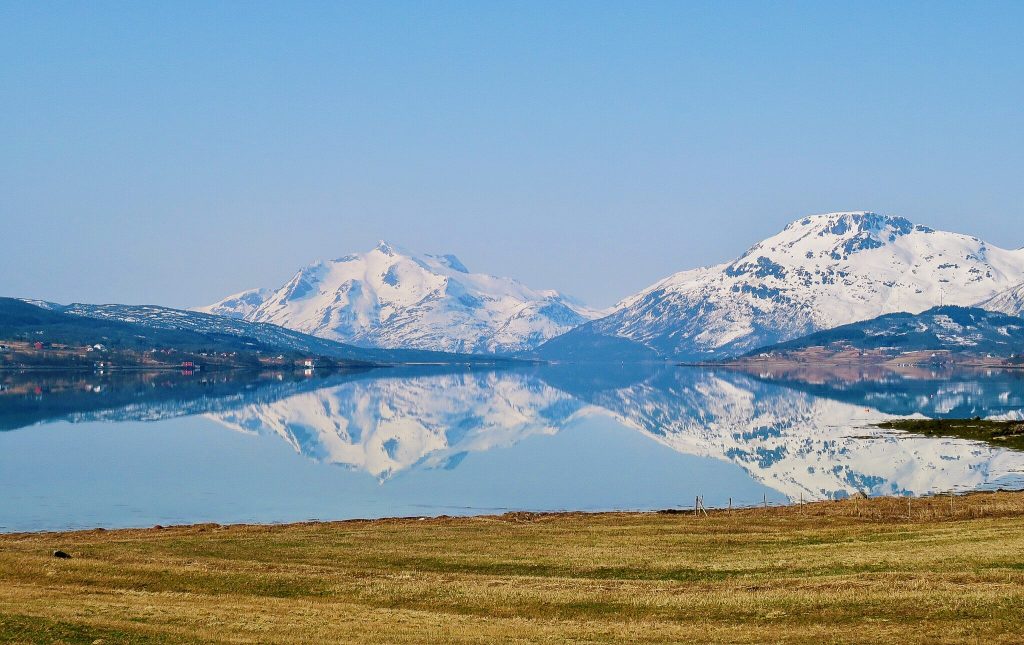 As winter is displaced by the warmth of spring in Chamonix, there’s an annual migration from the alpinist’s playground to the fringes of the arctic circle – Norway – in search of fresh lines to extend the season. And this year was no different. A group of friends and I decided that we were joining the migration north, to enjoy the hidden stashes of snow left from the notoriously cold and dark winters among the Fjords. 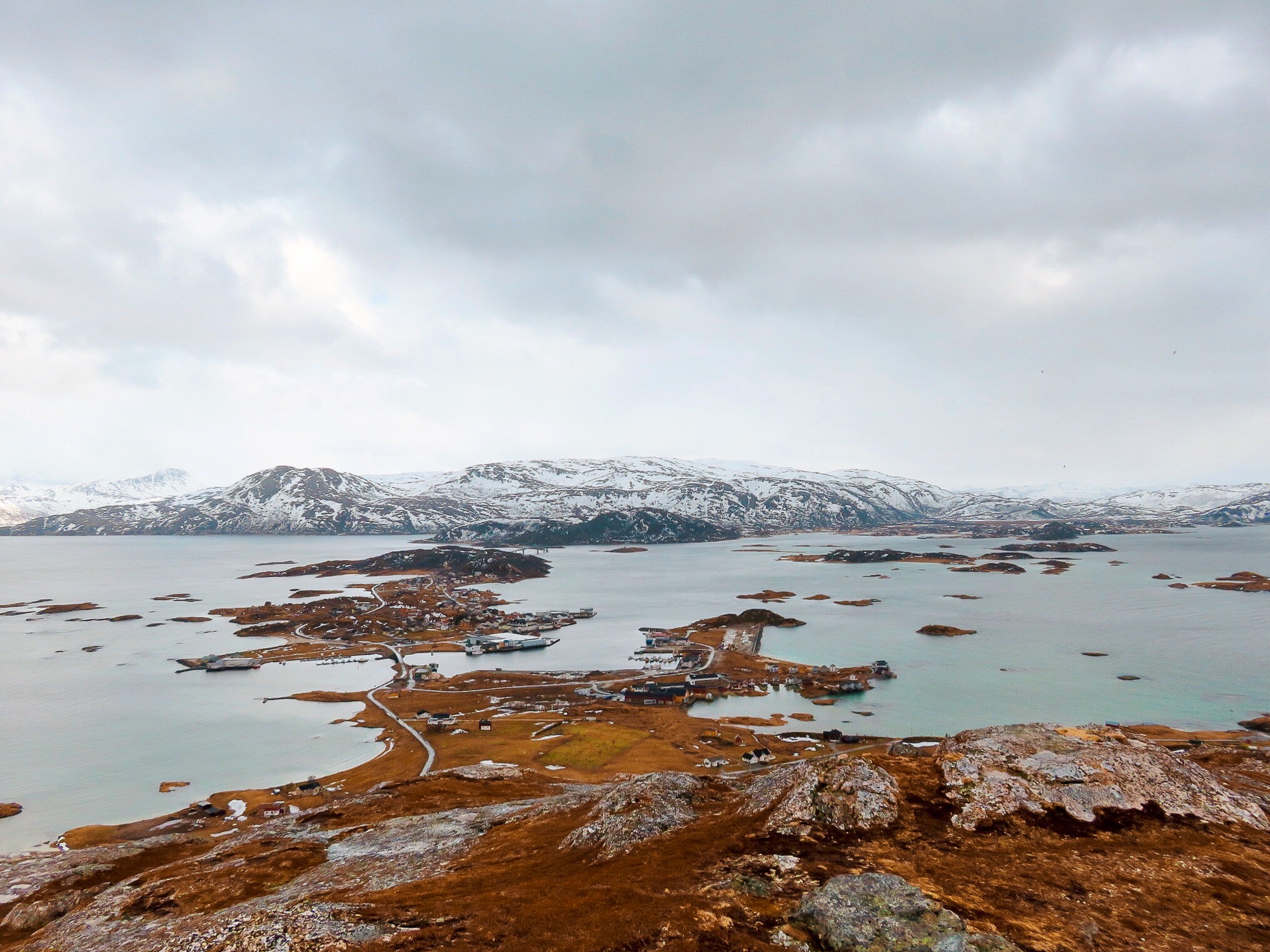 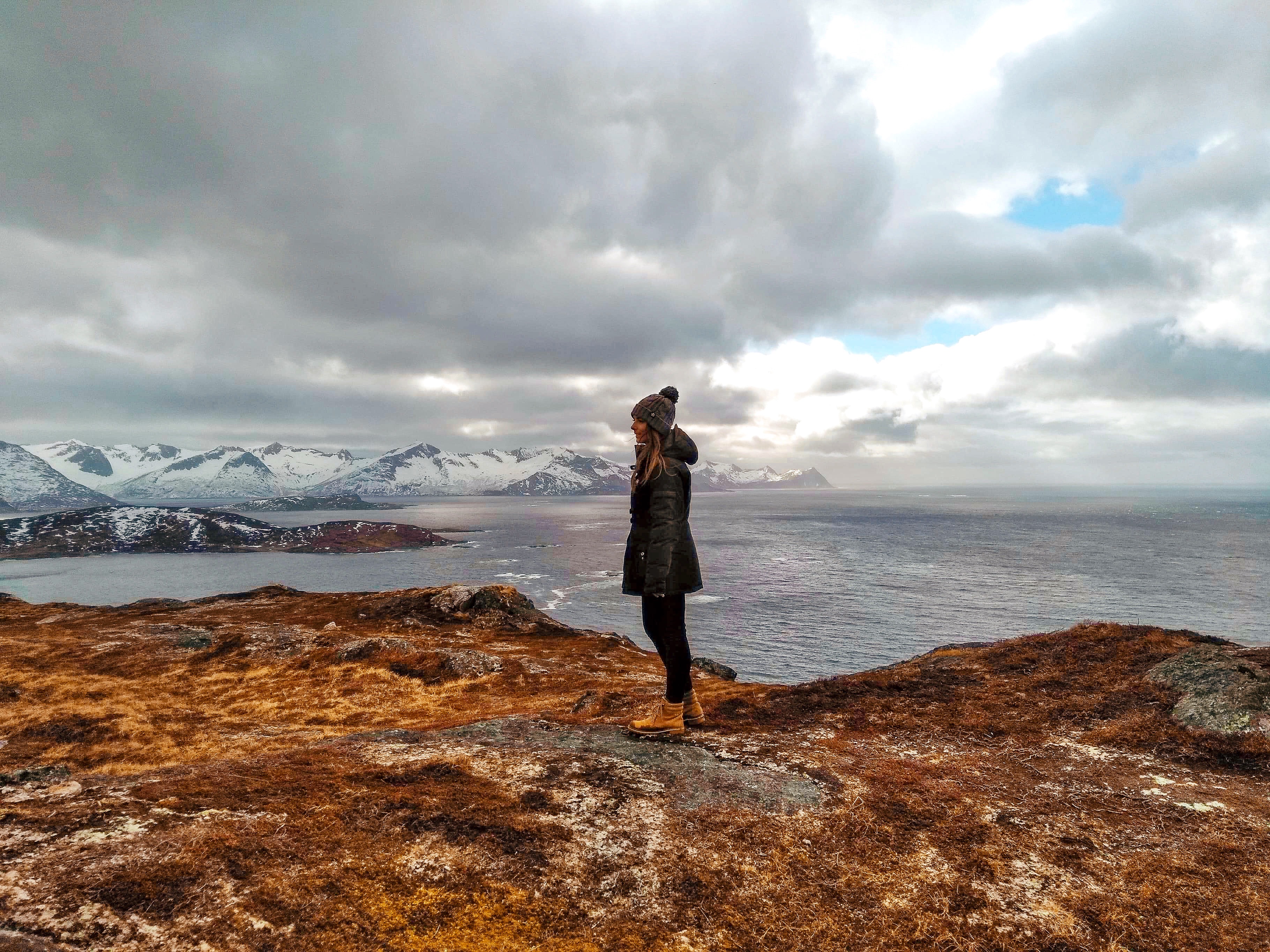 Alas, Mother Nature had a different plan for us.

The forecast for the week showed abnormally high temperatures for this time of year and with downpours of rain too. Just previous to our arrival, Tromso had over three feet of snow downtown and if you were to hit the open road, the Fjords still had sea ice covering them.

In the first few days, however, we still managed to score a couple of days ski touring around the Tromso area and explored as much as we could as the sunlight permitted. Conditions were mediocre but the landscape was on another level. It felt like we were in a movie scene, climbing a mountain with the Fjords viewable from all angles with crystal clear blue skies. An unforgettable introduction to the raw natural beauty of Norway. 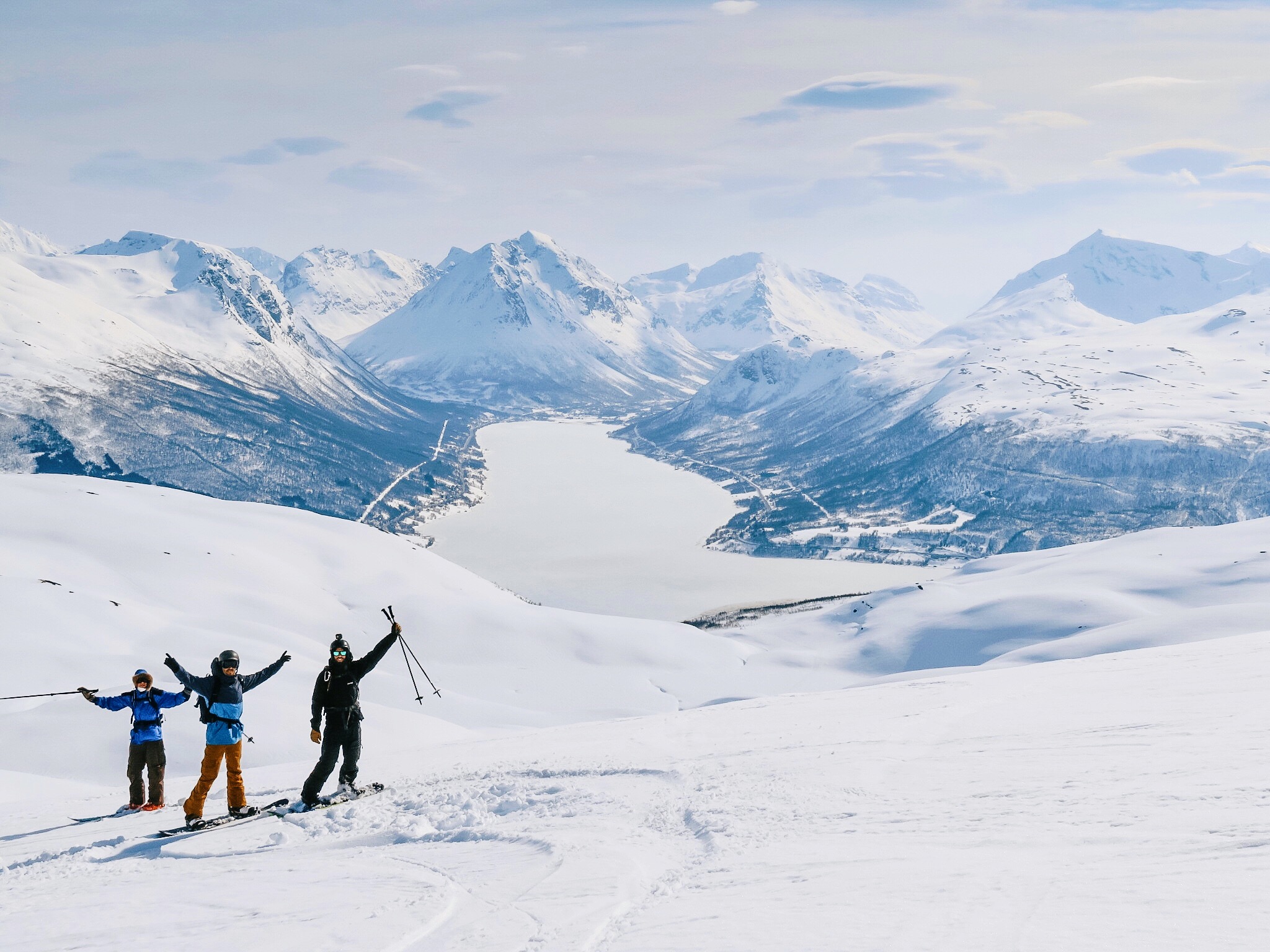 And then the storms rolled in and it rained nonstop for days. Heavy rain and gale force winds. The previous few days touring felt only like a dream at this point and we were stuck inside for the foreseeable. There were worse places for lockdown, however. 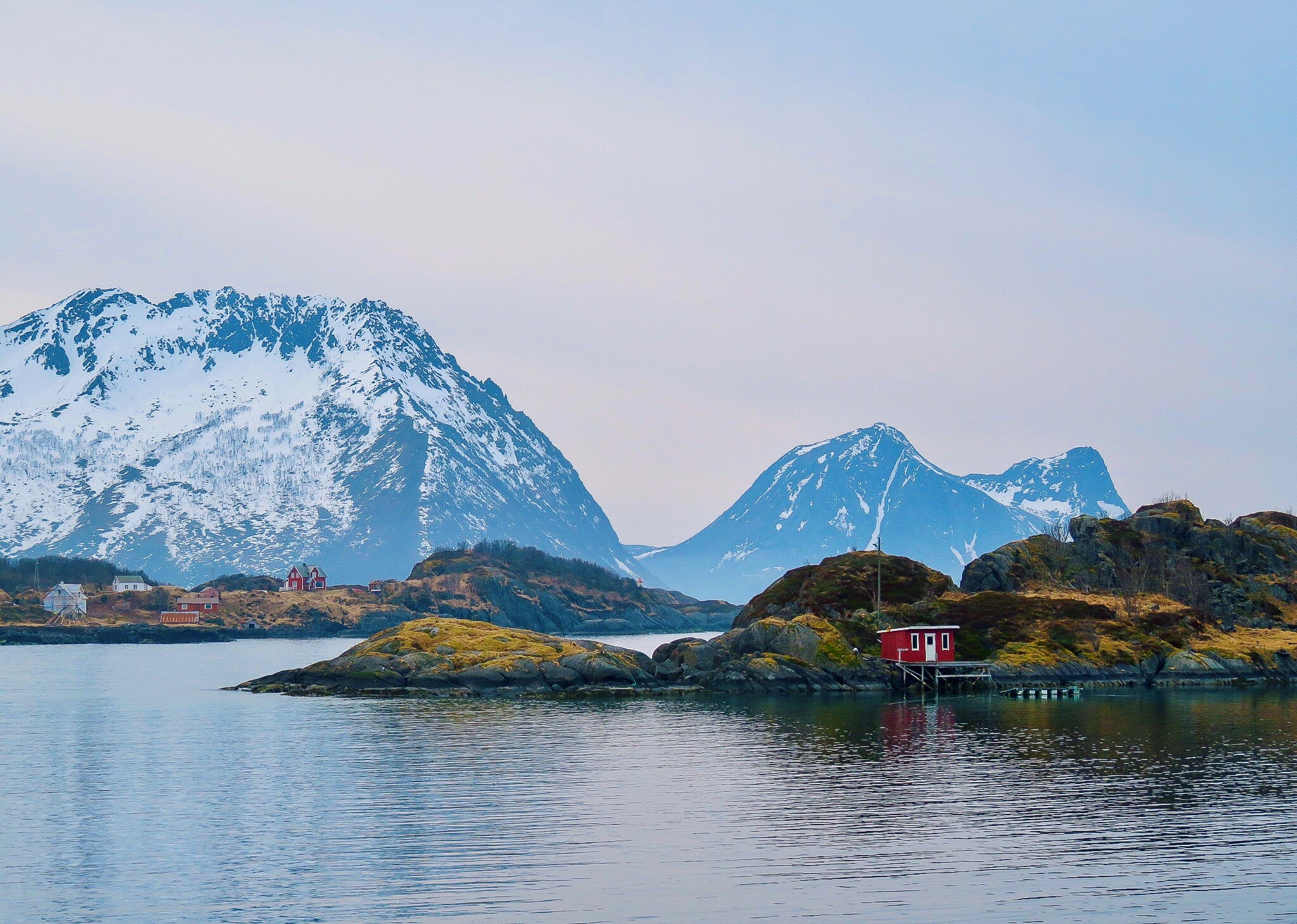 Now with the weather on the turn and the itch to move worsening, we made the decision to hit the road, heading west, to explore another area. Following the amount of rain that poured down in Tromso and Lyngen, the anticipation of a dangerous snowpack was palpable within our group.

Senja was the next place we based ourselves for a few days. As the crow flies, it isn’t that far from Tromso, but this is Norway and nothing is in a straight line here. The driving was breathtakingly beautiful around the Fjords, all through the staggering rocky mountains. Seeing these small fishing villages that only have a few houses but enough dried fish hanging up to put you off the local cuisine for life. 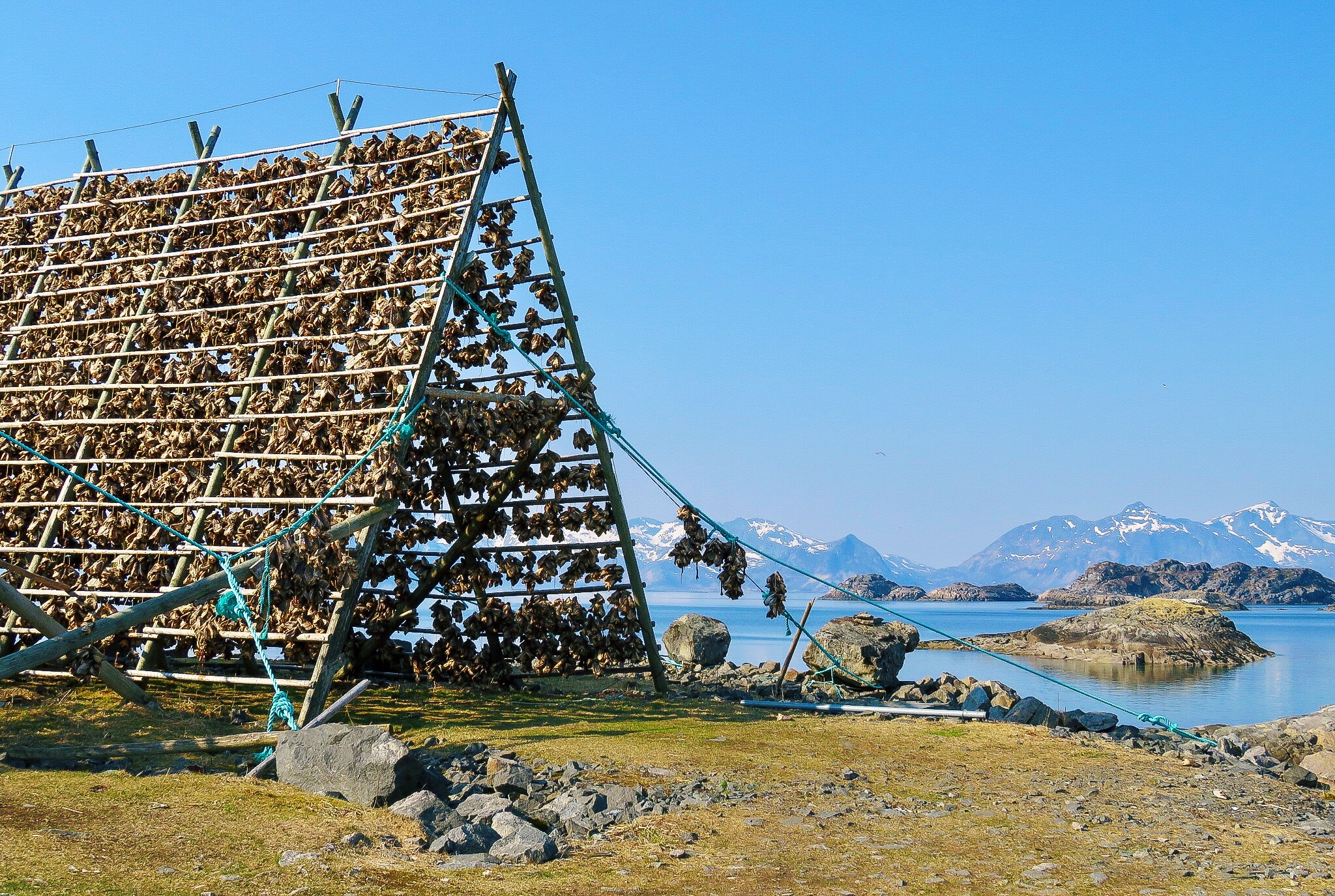 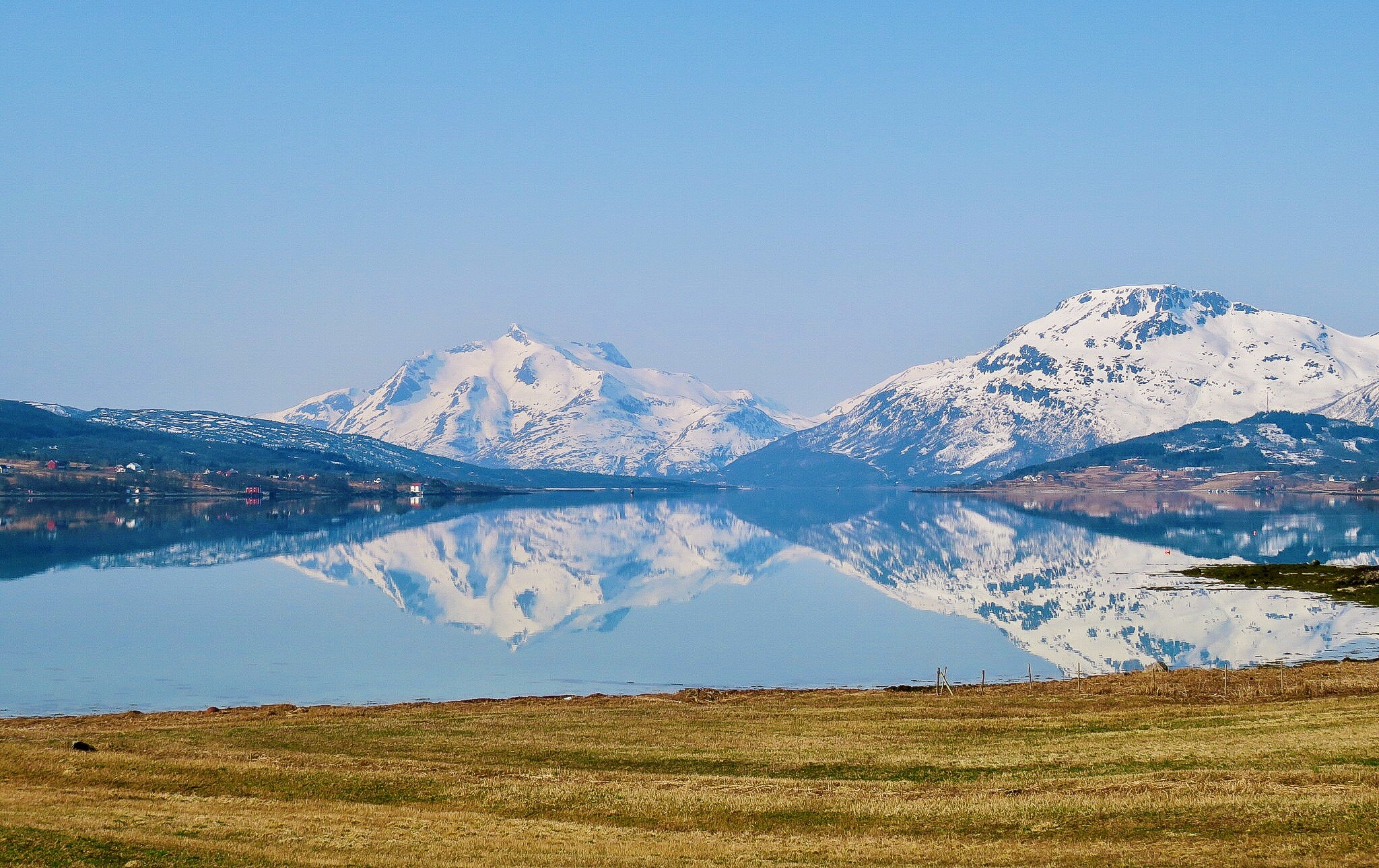 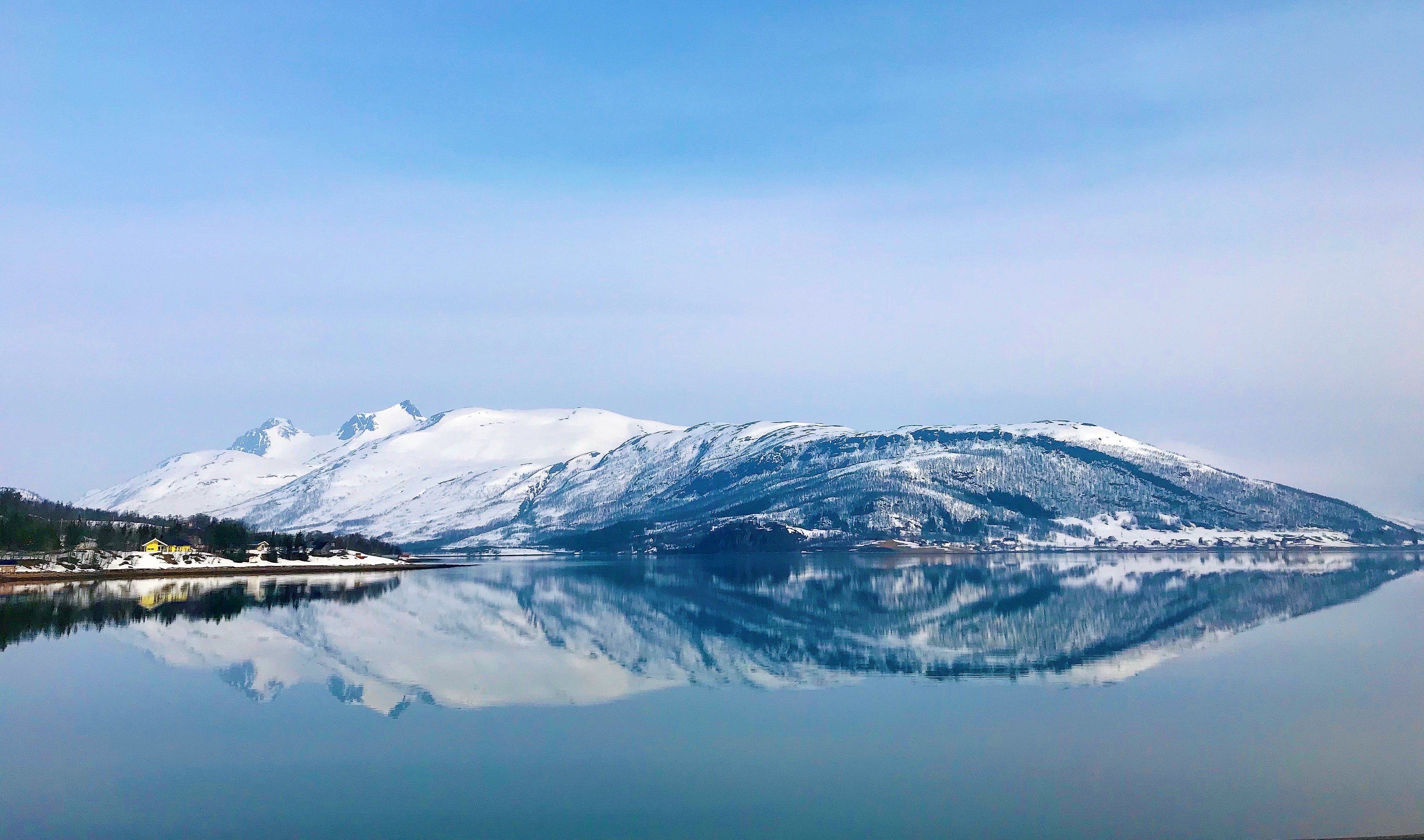 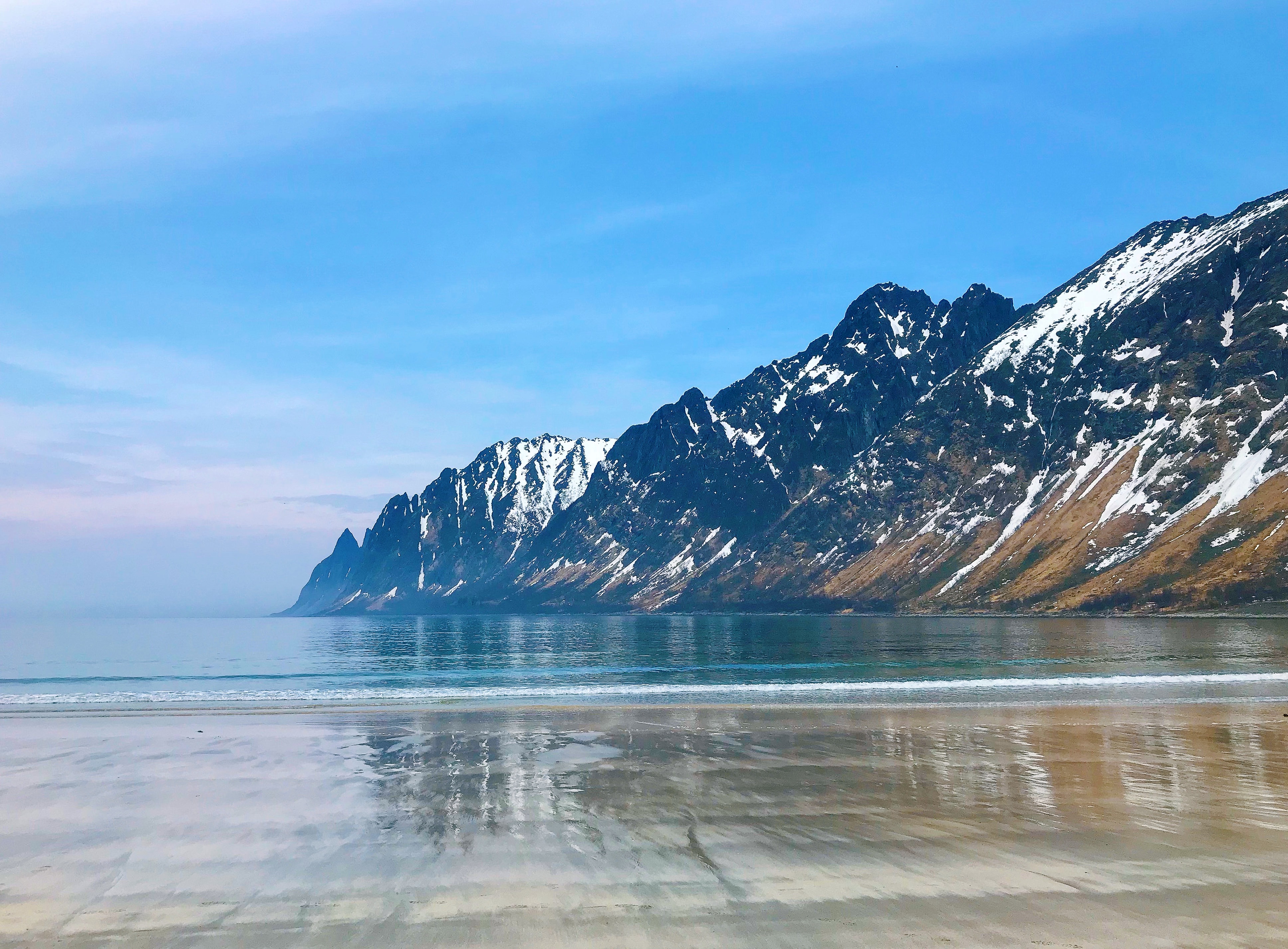 Over the trip, the further west we went, the less snow was hanging around. So by the time we got to Lofoten, the idea of touring again was long gone. Leknes was the town we based for the time we were there and then for the first time on the trip, the weather was in our favour. Long-range forecasts showed clear blue skies for the week ahead and mid-teen temperatures, occasionally remembering that we were still within the arctic cycle here. 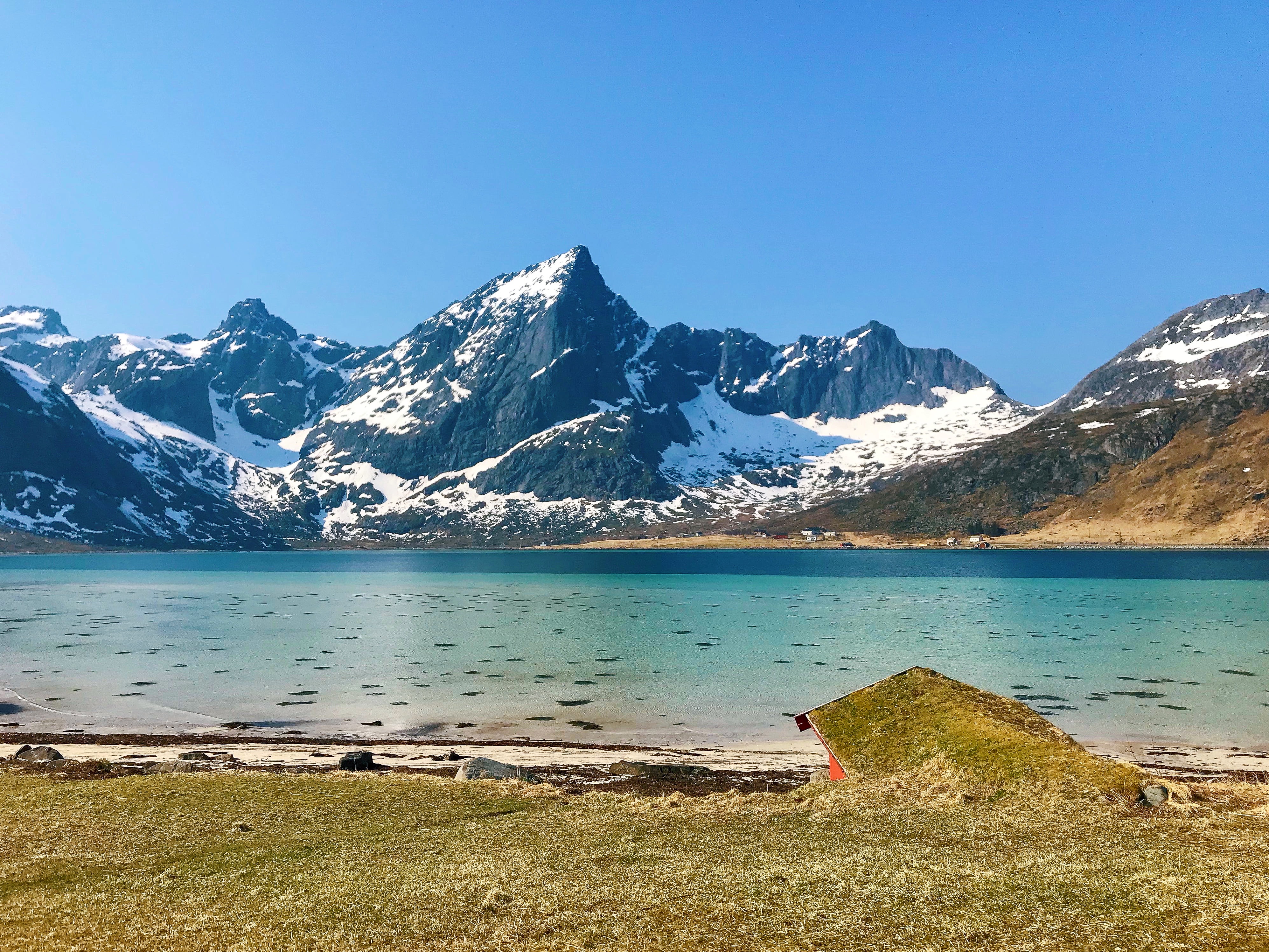 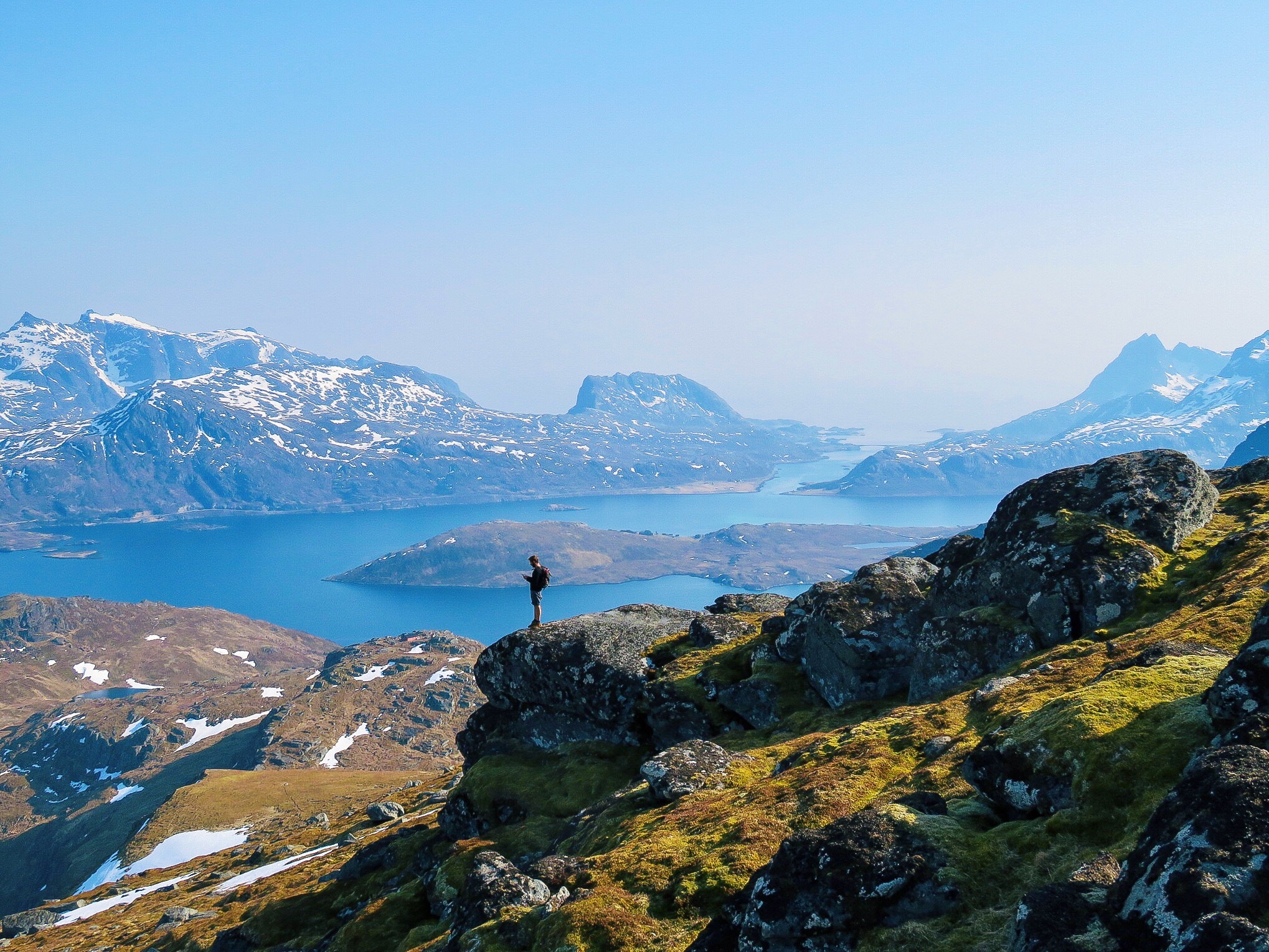 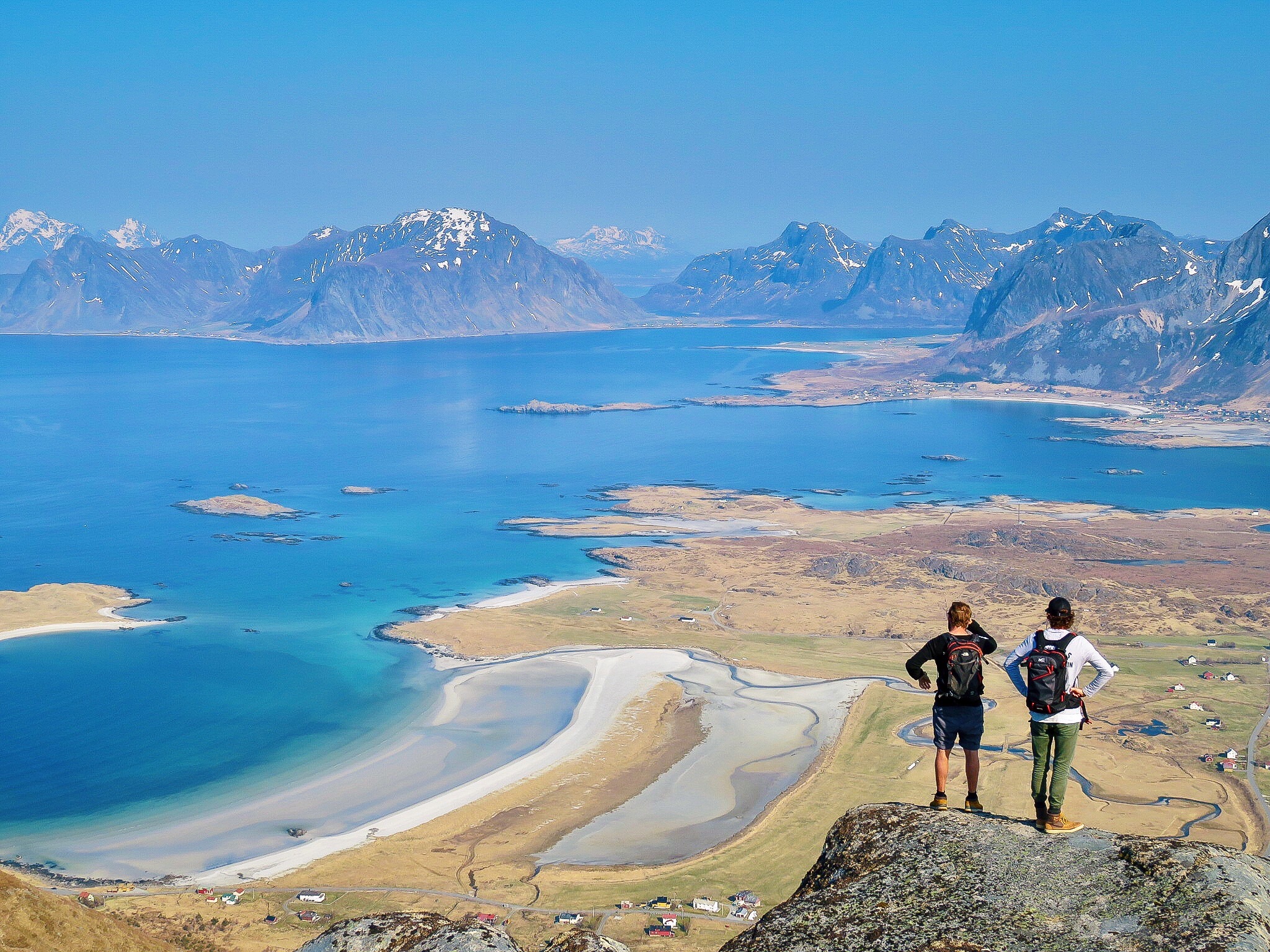 With the snow departing far earlier in the season than even the locals expected, it meant we had access to some of the best hiking that Lofoten had to offer, without a soul in site. A real rarity that we were so grateful for. Back at the start of the trip, in the Troms while we were touring, I kept an eye on the swell forecast for the Lofoten Islands. But as luck had it throughout the trip, when we arrived, the ocean was flat with swell non-existent. That still didn’t stop us going and checking out the world-famous surf break up there from above, in Unstad.

As we were closing our time in Lofoten, and remembering the darker times up in northern Norway, the final remarks of our host’s daughter we were staying with have stayed with us since:

You don’t know how lucky you’ve been! Having free rein of the Lofoten Islands but with the weather of summertime.

Reminiscing on our trip, yeah we got skunked by the unexpected heatwave and those dreamy lines down to the Fjords remains alive only in films and figments of our imagination. That hasn’t stopped us dreaming! It’s all in the journey, the story and the adventure.

The people, the culture and the landscape of Norway is something that we should all try and experience in our lifetime. Quite simply an incredible place to visit.